3 of the Oldest and Most Iconic Retailers in New York 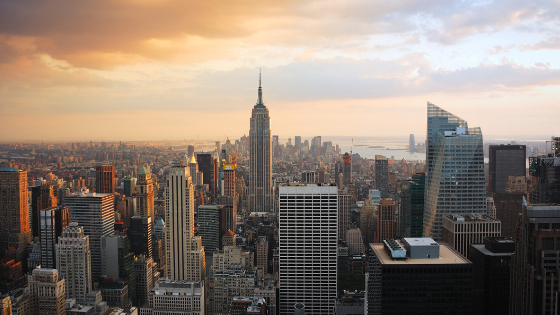 With NRF 2019 just around the corner, I was inspired to research New York City’s oldest and most iconic retailers to gain a better understanding of how they got their start, what they’re doing to stay relevant, and how they’re providing meaningful customer experiences that build trust, value, and loyalty in an age of hyper-competition.

But before we delve into these iconic retailers, let’s take a trip back to 19th century New York, a metropolis with no shortage of nicknames. 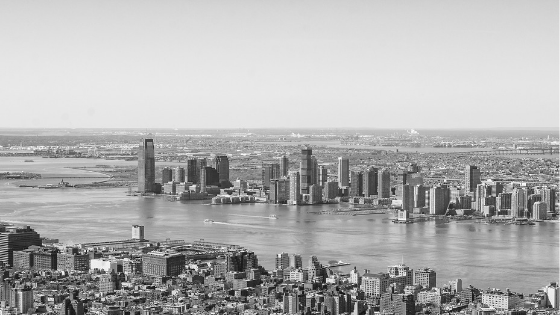 Gotham is the moniker given to New York City by Washington Irving, the author best known for the headless horseman and Rip Van Winkle, an American colonist who falls asleep under a tree for 100 years and wakes up to see King George’s portrait replaced by President George Washington in his local tavern.

From New Amsterdam to Gotham

New York City was changing rapidly in the 19th century. With the creation of the Erie Canal and Fulton steamboats, the city became more accessible to people hungry for work and new opportunities. In the mid-1800s New York City’s population doubled every decade; this workforce explosion combined with industrialization, expanding government, and a freshly minted police department, set the scene for new retail players and was the catalyst for the Gilded Age that followed.

What set these three retailers apart?

They saw the big changes happening around them and acted fast to meet (and exceed) shifting customer expectations.

How did they do it?

New York’s oldest and most iconic retailers took advantage of the technology available at the time and used it to align their retail strategy with their culture. 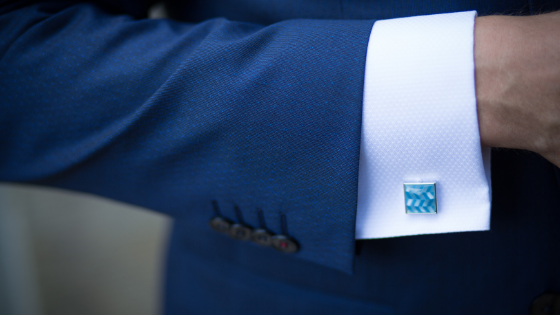 This iconic retailer is the oldest men’s clothier in the US and opened its doors a year after the New York Stock & Exchange Board and the Staten Island Ferry were established. A new class was emerging: The New York City bourgeoisie, merchants, industrialists, and bankers. They were changing the city’s landscape and needed a new look to match their capitalist powerhouse images.

Henry Sands Brooks must have been aware of these changes when he opened H. & D.H. Brooks & Co. He was a merchant whose claim to fame is introducing ready-to-wear men’s suits to American customers.

His ready-to-wear concept was a breakthrough because back then almost everything was bespoke. A tailor would measure and make a suit from scratch to a customer’s exact specifications. Not only was this super labor intensive, but it also took a long time and was expensive; it also meant multiple trips back to the tailor to make sure the fit was perfect. The Brooks' design cut down the time and cost of alterations for customers.

Brooks changed the retail game with ‘off-the-rack’ suits and captured the spirit of a new type of customer. His sons would take over the business and would even go on to dress President Abraham Lincoln and other prominent US figures - not bad for a guy who got his start at the corner of Catherine and Cherry Streets in Manhattan.

How Brooks Brothers has adapted…

While the origin of the polo shirt is unknown, John E. Brooks, the grandson of the clothier’s founder, was in England on a buying trip. He was at a polo game when he was inspired by the players’ collars that were buttoned down to prevent them from flapping around in the wind. He brought This ingenious idea back home with him, and the button-down shirt was born in 1896.¹

In other words, Brooks Brothers has never stopped innovating in the fashion space.  Today the brand has expanded both their in-store and online presence and continue to stay relevant over 200 years later.

What Brooks Brothers is doing right… 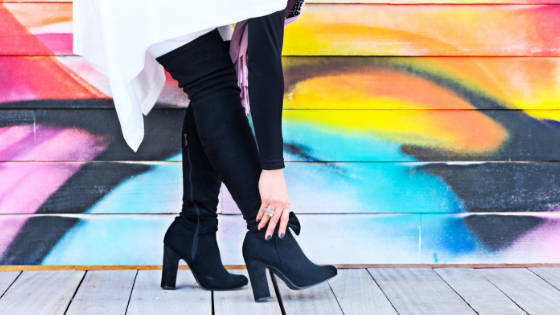 Lord & Taylor opened the year after the Erie Canal, a route connecting the Hudson River to the Great Lakes was completed. This led to rapid development in western New York State and cemented the Big Apple as the world’s commercial center - it’s no surprise then, that one the oldest and most iconic retailers emerged on the scene a year after this monumental engineering achievement.

Samuel Lord and George Washington Taylor launched the mid-to-high-range women’s specialty store to meet the growing demands for off-the-rack fashions. Like then and now, the department store is known for its incredible Christmas window displays that draw throngs of native New Yorkers and tourists alike.

Lord & Taylor like Brooks Brothers got their start on Catherine Street and quickly expanded across Manhattan to Ladies’ Row and to their iconic 5th Avenue location - celebrated for its animated windowscapes and holiday displays, but the retailer didn’t stay relevant enough for customers.

Why retail strategy matters and what Lord & Taylor can do to keep moving forward... 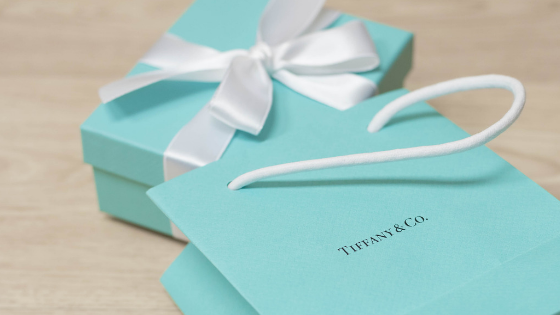 Who can forget the iconic scene where Audrey Hepburn pulls up in a yellow taxi and emerges dressed in a stunning black Givenchy dress, cascading pearls, elegant evening gloves, and haute eyewear to indulge in a glazed pastry and coffee at one of New York’s most decadent retailers: Tiffany’s.

The stuff legacies are made of... but long before Holly Golightly marveled at a dazzling window display, Tiffany & Co. had built and earned a reputation for luxury.

In 1837, Charles Lewis Tiffany and John B. Young opened “Tiffany, Young and Ellis” in Lower Manhattan. Their store sold fine stationery and fancy goods to the emerging New York bourgeoisie class, but the store didn’t get its reputation for jewelry until 1853. That year, marked the name change to Tiffany & Co. due to a new emphasis on jewelry.

The brand’s legacy for luxury and taste started in 1878 by Mr. Tiffany’s purchase of a rare canary diamond measuring over 128 carats. Officially named The Tiffany Diamond, it’s still regarded as one of the world’s largest and finest yellow diamonds.⁵

In 1845, Tiffany published Blue Book, an annual publication of the brand’s jewelry collections; he chose robin’s egg blue for the cover because of the popularity of turquoise with Victorian-era brides. Tiffany Blue would later go on to be used in other promotional materials like the iconic Blue Box.⁶

Today, Tiffany Blue is also featured on the company’s website and social media channels and is a symbol of enduring brand identity.

How Tiffany & Co. has adapted and is doing right… 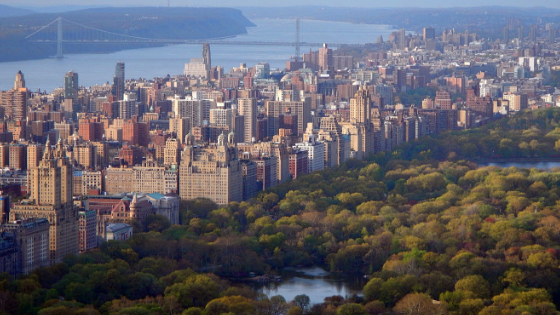 Like New York City itself, these three iconic retailers have undergone dramatic shifts - some have fared better than others, but it’s a spirit of experimentation and innovation that has characterized their evolution.

One thing’s for certain, while the need for retail technology investment is virtually accepted by all, investing in a quality workforce is just as important and shouldn’t be ignored. Anyone can do retail, but not everyone should. Because while technology enables your business to do more, it’s your culture and people that deliver amazing experiences. 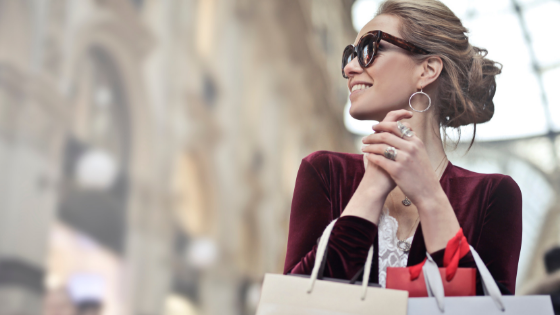 Catch Appirio on your favorite social media platforms and tell us about YOUR favorite iconic retailer and why. Or, let us know which retailers you’d like us to cover next. 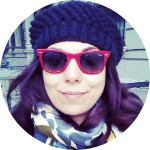 Lia Parisyan is a Data Storyteller at Appirio. She has created high-performing content for leading technology brands. 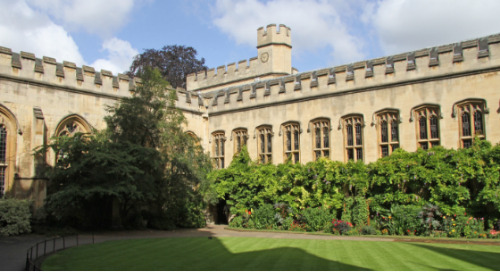 What Digital Transformation Means for Higher Education in 2019 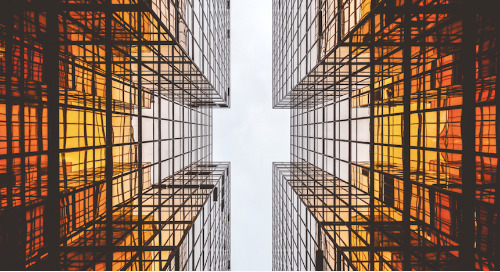