Who's Who in the Zoo: Rinki Jain, Associate Consultant, Cloud Enterprise Platforms

Not many people would be all that comfortable in free fall, but Rinki Jain is one of them. In this month's profile, she not only talks about skydiving, but her role models, how Seinfeld still cracks her up, and her monthly charity efforts. 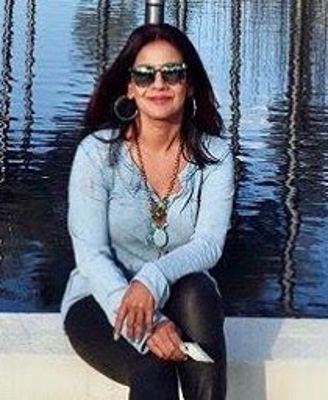 What would be your perfect weekend?

My perfect weekend would start with coffee in bed, brewed to perfection! Followed by kickboxing and yoga. I love watching comedy and war movies with my husband.

Who is your role model?

I really don’t have one role model. There are several "not so famous" but important people in my life whom I have learned from: my first boss, best friend, sister, and daughter.

What do you do to get rid of stress?

Retail therapy has been working great for me for a number of years! Highly recommended, although It has a totally opposite effect on my husband.

Who is your favorite entertainer (comedian, musician, actor, etc.)?

I am a huge fan of Jerry Seinfeld. No matter how many times I watch his series, it manages to get me laughing. He is an icon and able to create humor from daily, mundane things in life.

What was your favorite book as a child?

Alibaba and The 40 Thieves. I can still recall myself saying the words, "Open, Sesame," to my dad’s closet where he kept his money.

Is there a charitable cause you support?

I have been supporting a local community of senior citizens. They are all above 85 years old. Once a month, I meet with one family and talk to them for a couple of hours. It is priceless to watch the excitement on their faces when they get a chance to tell their stories.

If you had to pick one, skydiving, bungee jumping, or scuba diving, which would you do?

Skydiving! The adrenaline rush that I got from 60 seconds of free fall was nothing like anything I had experienced before. It was scary and incredible at the same time. I would love to jump from a plane again to have that feeling of empowerment and satisfaction.

What is your favorite thing to eat late at night?

If I was not doing intermittent fasting, I would eat the world’s darkest chocolate cake with a cup of cappuccino. Yes, you read it right, coffee late at night. And no, it doesn’t keep me up.

If you could have been born at any time in the past, when would it be and why?

I would like to travel back to around the 12th and 13th centuries. This was the time when the Mogul Empire ruled in India and Delhi was established as the capitol. I was born and raised in Delhi, which has centuries-old forts, monuments, tombs, and marketplaces. I always wonder what it would be like to have lived in that era!

What TV show or movie to you quote the most?

Seinfeld, of course – no soup for you! 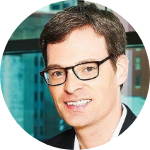 Michael Brumitt is a Communications Specialist at Appirio. As a writer and editor, his career has focused on creating engaging content that helps people solve problems, and his experience includes everything from e-books to traditional print-based publications. He currently lives in Indianapolis.

Six Questions to Ask when Transforming Your Customer Experiences

Mainframes in the Banking Industry Have a New Ally in CRM