Home » Culture Blog » The Year of Lasts: Why a Strong Recruiting Process Leads to Strong Workers
× Share this Article 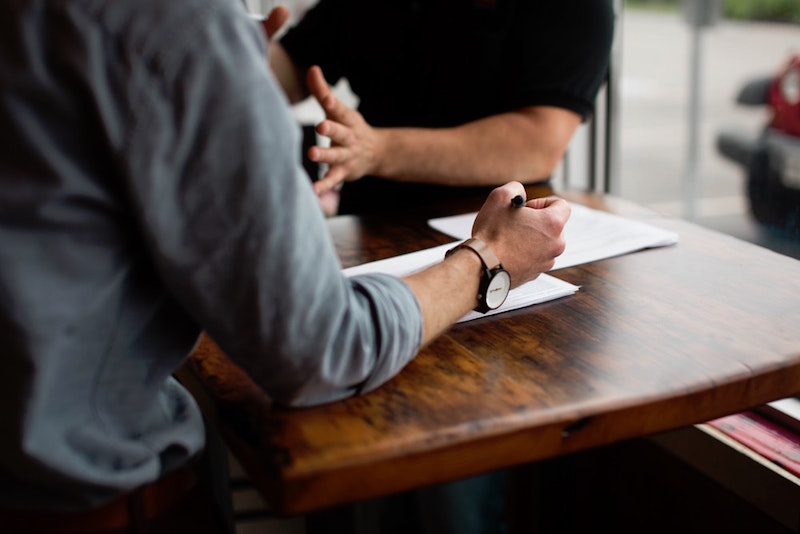 One of the most stressful times of a college student's four years comes in the last year. Everyone realizes there will be no more weekly football tailgates, spring breaks with friends, or weekday nights out into the early morning. Senior year is a year full of last moments, with the thoughts of what life will be like outside the comfortable confines we call college.

What added to the plethora of sad finales was the realization that we all needed to find a job. Although many job postings were a treasure hunt in themselves to find, most had antiquated — and difficult to navigate — recruiting processes.

I knew the process would be different as soon as I heard the email “bing” from my laptop. In early March of last year, I opened an email for the Appirio Ascend program, a college graduate consulting training program. The email was clear and concise, rather than many of the previous recruiting emails I had received which contained a jumble of information and lacked any substance to what the process would entail.

The Ascend email instead gave me the layout of what was to be the most agile and transparent interview processes that I would ever experience. The process was over within a month. It included three stages that culminated with an onsite finalist day at the Indianapolis headquarters. Every stage contained an introductory email of what to expect, how to connect with the interviewer, and what to be ready for if I passed onto the next phase. I was able to be interviewed by all walks of life at Appirio, from senior managers to first year consultants. The wide array of interviewers gave me a taste of what I could expect as a first year consultant.

When I contrasted my interview experience at Appirio with the many other firms I interviewed with in my senior year of college, it was by far the smoothest process. Many other firms took weeks — or even  months — to get back to me regarding next steps in the process. Other firms would set dates for interviews only to change them an hour before because of conflicts. Some firms had the entire interview process with senior managers, which left me lacking a taste for what my life would be like in an entry-level job. At Appirio, that was never the case. An important distinction for me when it came to signing my offer letter for my first official job was the interview process. The fluidity of the recruiting and interview efforts shed a lot of light onto what to expect of a firm's everyday culture. It’s a potential employee's first taste of what it would be like to walk in the shoes of a current employee.

Other companies’ antiquated websites and slow processes gave me the impression that a career there would be just that, mundane and limiting. In contrast, Appirio’s agile and productive recruiting process matched its open culture and bold consulting strategy.

The firms that spent the time and effort on creating an exceptional candidate experience where I knew where I stood at every stage of the process gave me the confidence I would receive the same transparency and support working there, perfecting a smooth recruiting and interview process have a distinction in the eyes of graduating college students.

The pivotal transformation from college to the real world is both exciting and daunting, and the firms that my classmates gravitated toward — and talked about the most — were the firms that gave their candidates a realistic representation of what they were signing up for.

The year of lasts is stressful for students in itself, and a smooth, transparent process makes a world of difference when it comes down to one of the most critical decisions for a graduate. The experience I had joining Appirio helped me realize the impact of an effective recruiting process has on both the organization’s ability to attract talent and the candidate to make the right decision. What more could an eager college grad ask for? Well, maybe a corner office.

Would you like to try out the Appirio recruiting process? Incoming seniors can learn more about our Ascend program and apply this fall.

We all know that being a mom itself can be a full-time job, as shown by a study indicating that women balan...

The leadership at Appirio truly supports career growth and opportunity within the company, but also enthusi... 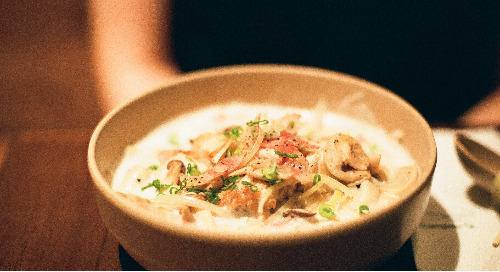 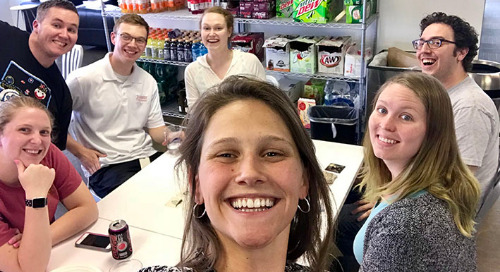 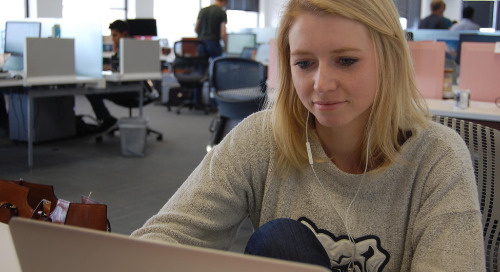 Why Women are Key to the Future of Cloud Computing

As of 2016, it was estimated that only 15 percent of all tech employees were female. But the tech industry is built for pioneers.