As 2011 gets underway, we wanted to look back at what will certainly be remembered as a big year for cloud computing– the year that the main question about the cloud became not “if”, but “when” and “how.”

One year ago, we made 10 predictions about the cloud…. now its time to go back and grade our performance. At the end of the day, we’d argue that 6 of our 10 predictions were accurate. Three more fell into the “sorta” category– where things moved in the right direction, but not strongly enough for us to declare victory. And we’d still stand behind #10… just not this year.

Here’s the blow by blow for each of our 10 predictions:

Prediction #2: Cloud standards won’t (and shouldn’t) happen. We predicted that “the pace of innovation is so rapid in the cloud that the emergence of truly open cloud standards won’t yet be possible, except at the lowest levels of infrastructure. Traditional vendors will attempt to muddy the waters across layers and claim the ‘standards high ground’ with efforts like the Open Cloud Manifesto.”

The Verdict? YES. There has been surprisingly little rhetoric – and even less action – around the need for cloud standards in the market… perhaps the innovation curve in cloud computing is still too steep to allow for true standards. That won’t always be the case– Here’s Vivek Kundra, the federal government’s CTO, predicting that the federal government’s move to the cloud will accelerate the emergence of cloud standards in certain areas, like security.

Prediction #3: Cloud providers tackle lock-in. Since platform lock-in is one of the major concerns keeping CIOs from building enterprise applications on PaaS, we predicted “major initiatives from cloud providers to overcome this objection, either revolutionary (e.g., Force.com supporting other languages) or evolutionary (e.g., application migration frameworks or platform ‘porting’ toolkits.)”

The Verdict? YES. With the already-noted investments of Force.com expanding to support Java and now Ruby, the concern over lock-in is getting a lot of attention by PaaS providers.

Prediction #4: Cloud integration will get an enterprise poster-child. We predicted that “Boomi or Cast Iron will land a major enterprise customer in 2010 that replaces their on-premise integration technology with a cloud-based alternative.”

The Verdict? SORTA. We foresaw that there would be big news for these two, but it turned out that it was on the acquisition and not the customer front: Boomi and Cast Iron are now divisions of Dell and IBM, respectively. And as part of those venerable IT names, we expect that these solutions will become complementary components of their existing on-premise offerings, rather than cloud-centric replacements. Cloud-to-cloud “brokerage,” on the other hand, is now being called by Gartner the “largest revenue opportunity in cloud computing,” and even the mainstream media has taken notice of what’s sure to be a big trend in 2011.

Prediction #5: Enterprise apps get Googled. We predicted that “Google’s investments in its cloud platform will transform Google Apps from a simple Exchange/Sharepoint replacement into a legitimate front end for enterprise applications (e.g., Google Web Toolkit, Secure Data Connector, and the Google Gadget Framework.)”

The Verdict? YES. Google continues to make significant investment in Apps this year to make them more appealing to enterprise users. In addition to a myriad of innovative new application features (e.g., Priority Inbox), Google launched its apps marketplace to tap the power of the ecosystem building on Google Apps as a platform. Google’s new extension points make it much more than just a collaboration solution– check out this demonstration of what we’ve been able to do at Appirio by making enterprise applications available through Google Apps.

The Verdict? YES. Take Google Wave for example. While it may have disappeared as originally envisioned, Google has already incorporated some of the advances in collaboration technology that came out of that effort into Google Apps. And this year’s advances in the Salesforce Chatter platform, coupled with the announcement of Chatter Free highlights even more how tough it’s going to be for vendors to build a standalone business in enterprise collaboration.

The Verdict? SORTA. Of course, 2010 as the year that Microsoft went “all in” when it came to cloud computing, but to our knowledge, Microsoft has yet to let Azure cannibalize a global account. That said, it is interesting to see how aggressive they’re being with the beast formally known as BPOS. They are practically giving it away and over the last few months have been waging a huge FUD campaign against Google Apps to try and keep them out of Microsoft’s enterprise accounts.

Prediction #8: Cloud computing consolidation. With 2000+ providers, we predicted that “the cloud ecosystem is ripe for consolidation. Salesforce.com and Google are likely to continue with point acquisitions, but they won’t be alone. Having missed the first wave of innovation in cloud computing (and lacking any other on-premise technology to acquire) we expect Oracle to buy into the industry that Larry Ellison has dismissed as ‘water vapor.’ Maybe they’ll finally snap up NetSuite.”

The Verdict? YES (except for the NetSuite bit). We’ve noted already the acquisitions of cloud players like Boomi, Cast Iron, and Heroku. There were others – most notably in the storage arena: HP’s acquisition of storage player 3Par, and Dell’s recent agreement to buy Compellant. As for Oracle, after completing their purchase of Sun, they put all that hardware to good use and announced “cloud in a box.”

Prediction #9: Global Systems Integrators will do nothing more than cloud marketing. We predicted that “The most innovative thing we expect from Accenture next year is a replacement for its Tiger Woods ad campaign.”

The Verdict? YES. With tens of thousands of SAP consultants, Accenture has still only certified about 65 consultants on Salesforce, and while they are certainly ramping up their cloud marketing efforts, we haven’t seen much that’s truly “innovative” from them. The exception being their recent video with some pretty smart kids explaining cloud computing. Those Accenture consultants are looking younger and younger every day! =)

Prediction #10: The real innovation will be in the business of cloud computing, not the technology. We predicted that “Cloud providers will become dramatically easier to do business with (e.g., Amazon Spot Markets) and new business models will emerge to make the cloud more consumable (e.g., cloud insurance providers, cloud security auditors, cloud brokerages.)”

The Verdict? NO, at least not yet. Cloud computing technological innovation continues at a blistering pace. Meanwhile, with the exception of the nascent cloud services broker segment, the other cloud related businesses we mentioned last year remain closer to the drawing-board than to the board room. What is clear, however, is that cloud computing can no longer be considered an emerging component of the IT landscape, thus, we expect to see these new business models in the very near future. 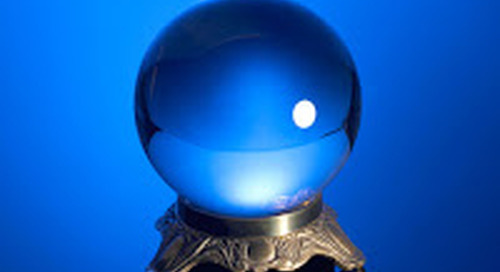 by Mark Koenig and Ryan Nichols Last week we published a review of our 2010 predictions. All things conside...

Appirio is thrilled to announce the newest upgrade to the Professional Services Enterprise (PSE) product, w...