3 Customer Experience Lessons From How to Get Away with Murder

Customer Experience is much more than sales and service. It involves high levels of critical thinking, empathetic interactions, and a desire to take feedback and turn it into a strategic business plan. Companies that actively work to transform their Customer Experience make an effort to help their customers be more aware, satisfied, and amplified — three outcomes of what we call the Virtuous Cycle.

In one of ABC’s most popular dramas, esteemed law professor, Annalise Keating, often finds herself in not only tricky legal situations, but quite commonly, life threatening ones. Why is this? Simply put, Keating values her own reputation and pride, over those that she works with —  as well as those that seek out her help. She is an incredibly powerful attorney that is willing to fight to the death to protect those that she loves, even if the well being of her colleagues is put on the line.

Throughout the series, there are ample opportunities for Keating — as well as many other characters — to provide a positive experience to those they work with, but they never seem to do this. Instead, they all focus on being victorious. Let’s imagine for a moment that this series did, in fact, try to provide everyone in it with a positive experience. Entire seasons would change, and characters would develop in completely different ways.

Below are three specific examples of how the series How to Get Away with Murder would be different if more emphasis was put on the customer character experience:

1. Characters would be more aware, and ultimately resolve conflict much faster.

It’s no surprise that a lot of stress and tension in this series comes from a lack of communication. This lack of awareness leads to dramatic fights between characters, lives being jeopardized, and even death. We can surely all agree that even though this kind of lifestyle is exciting to watch on screen, if we were forced to live it, it would be far less enjoyable. That brings up the question, how do we avoid this kind of behavior in our day-to-day activity? That answer is simple, We strive to be aware, and make our thoughts and struggles known. In How to Get Away with Murder, this rarely happens. So much conflict would have been avoided if the characters focused on the experience the others were having, and worked to predict problems, rather than constantly putting out fires.

Another way the behavior in this series demonstrates poor living/working conditions is through a lack of gratification. Rarely (if ever) are kind words exchanged. If they are, it’s in an effort to manipulate someone into unlawful acts. This pattern of conversation leads to multiple unfair, problematic, and tragic circumstances. No one has any kind of satisfactory feeling, and this develops into a hostile working environment. In order to avoid this, the leaders in How to Get Away with Murder, would simply have to recognize the hard work that is being presented to them, and create a system that rewards it. Following these steps will increase productivity, passion, and morale.

3. Individuals would form reliable networks, and efforts would be amplified.

Not only do the characters in this show not feel prepared or content, they also don’t feel heard. Almost every single character in this series, big or small, has a very controlling and domineering personality. As a result, no one really feels as if their voice is being acknowledged. In the few cases that someone really does successfully speak their mind, it’s likely to be a negative remark versus anything constructive. It would be beneficial for every character in How to Get Away with Murder to feel as if they have the support, tools, and information they need to provide positive reviews, feedback, and ideas. 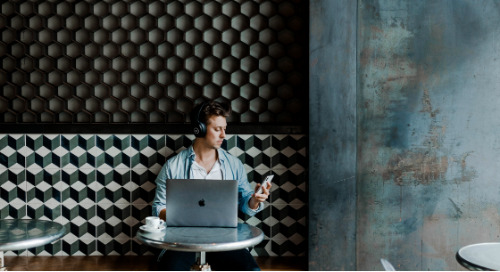 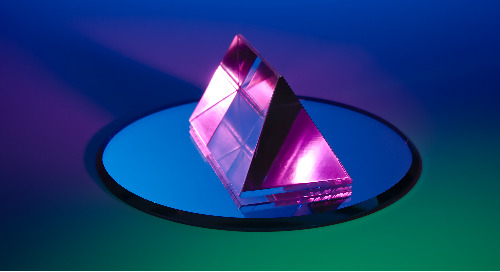 “The world is now awash in data and we can see consumers in a lot clearer ways.”   – Max Levchin, PayPal co...