5 Reasons Why Salesforce/Chatter Could Win the Social Enterprise Battle

With the introduction of Google+ for Google Apps customers last week, things have gotten a lot more interesting for companies who are trying to become social enterprises. Google+ comes at the social enterprise from the consumer side, just as Google Apps did. There are some notable advantages to this approach, that I highlighted in a recent piece for Mashable.

Yet when we talk about social enterprise, the first company we think of is Salesforce. Over the past two years since Chatter was first introduced, Salesforce has undergone a major transformation. Salesforce has gone from a CRM and cloud platform company to a thought-leader and strategic vendor in the social enterprise space. They’ve acquired a number of social technologies including Jigsaw, Radian6, Heroku, ManyMoon, Assistly and now have one of the industry’s most complete portfolios of social technologies. With that in mind, we’d like to take a look at five advantages that Salesforce Chatter (and Salesforce more broadly) have in the social enterprise space. 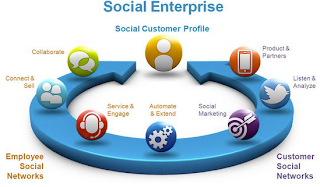 1. Chatter can take advantage of Salesforce’s install base: Chatter is completely integrated with Salesforce CRM. Since Salesforce CRM is used by over 100,000 enterprises, this is a massive captive customer base for Chatter. In the first three months since Chatter was introduced, more than 20,000 businesses adopted it and in the months following that, another 40,000+ businesses started using Chatter. This rate of Chatter adoption and usage is not surprising given that CRM processes are inherently collaborative and Chatter makes efficient collaboration with full business context possible.  At this point, a large percentage of Salesforce users use Chatter not only on their PCs but also on mobile devices where Chatter is fast becoming the primary way users interact with Salesforce.

2. Chatter is for people AND apps: While other social technologies focus on making it easier for people to share information with each other, Chatter also makes it easy for applications to share information with people. With Chatter, every object in Salesforce CRM, as well as custom objects in Force.com/Database.com apps can be social. This means that people can find and follow the objects that are most relevant to them and get the latest information in their newsfeeds. So, an account executive can follow accounts, opportunities and cases to stay up-to-date with what’s happening at their customers, and executives can follow sales and operational dashboards. Salesforce’s vision with Chatter is to bring the right information, applications, expertise and content to you, wherever you are.

3. Chatter is a social platform not a feature: Chatter is built into Salesforce’s Force.com platform at a every level of the stack. This means that enterprises and ISVs can build custom applications that are Chatter-enabled. We’ve seen the benefits of this first-hand with hundreds of custom apps that we’ve built for customers that are now social. In addition, ISVs of all sizes are starting to look to Chatter to make their own applications social. At Dreamforce this year, Concur, Workday, and Infor showed off social applications for time tracking, HR, financials and core ERP. With hundreds of ISVs in the AppExchange, Force.com/Chatter is poised to become the defacto standard for ISVs who want to extend their apps with social.

4. Chatter is part of a broader social solution for enterprises: Salesforce’s vision of the social enterprise is a broad one encompassing everything from what customers are doing on public social networks (Jigsaw/Data.com) to making internal processes social (Chatter/Force.com) to listening (Radian6) and engaging with customers on public social networks (Heroku) to making one’s own products social (Force.com/Heroku). With this broad vision and an integrated set of technologies to enable it, Salesforce has put together a complete solution for enterprises who want to become social.

With all of Salesforce’s considerable market presence, execution skill and resources behind their social enterprise push, there’s no doubt that anyone who wants to wrest it from them will have to earn it. 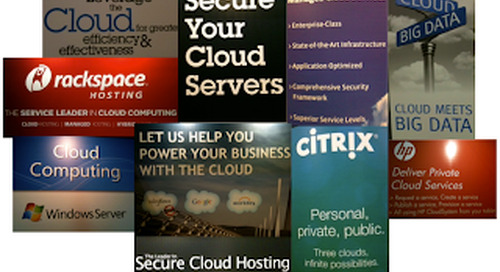 By Narinder Singh At the annual Gartner Symposium event, which draws hundreds of vendors across a variety o... 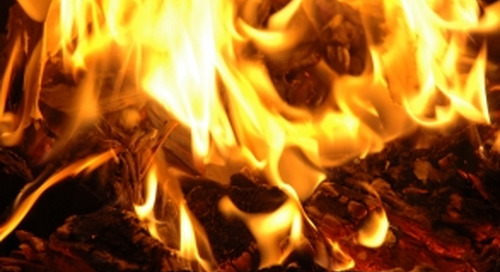 By Michelle Swan Gartner Symposium – one of the largest gatherings of CIO and IT leaders in the world – kic...