Home » Cloud Powered Blog » A New Force for the Cloud – VMWare and salesforce.com Bring Java to the Party
× Share this Article

A New Force for the Cloud – VMWare and salesforce.com Bring Java to the Party

Later today, salesforce.com CEO Marc Benioff and VMware CEO Paul Maritz will hold a webinar announcing VMforce. VMforce is an enterprise Java cloud that allows developers to create and reuse Java applications, with many of the benefits of force.com automatically provided – because it is running inside of VMforce. Let’s cover briefly what it is, and more importantly, implications for CIOs and your cloud strategies.

What is it?
VMforce at its core is a place you can run your Java web applications. Almost anything that can be packaged in a WAR (web application archive) can be run in VMforce. Even more than that, the Spring framework is supported so that developers can directly use the framework that reinvigorated Java for web applications (and adds to application portability). While very useful, this alone would have been a disappointment because it could be replicated by any savvy vendor. With VMforce, you get substantive higher and lower-level features that make it a potential game changer. First, because the data is stored in Force.com (to your Java apps it essentially looks like a relational database), it taps into many of the key capabilities of the platform. When you run your standard Spring app in VMforce, your users get standard Force.com capabilities to create reports, dashboards, workflows, triggers and alerts, add search, manage user security, interact with other Force.com apps and even edit and change the data if you allow. Just simply based on where it’s deployed, you can multiply the usefulness of your application. Second, because of what VMware provides your application gets scalability without your having to actively manage it. No longer do you need to worry about load balancing and flexing your infrastructure to handle the peaks and valleys of volume.

We’ll expand on many more advanced usage scenarios and possibilities in future posts, but for now let’s focus on the immediate implications for enterprises.

What does it mean?
For VMware, it affirms a solid stake in the public cloud. VMware technologies often power the private cloud school of thought, but with the SpringSource acquisition, the public cloud is also a fertile ground for VMware. VMforce provides an extension / other option to what VMware has already started with Cloud Foundry. Partnering with salesforce.com shows a willingness to differentiate their offerings for the public cloud (i.e. you won’t be able to just decide to run VMforce inside your enterprise). Our belief (as always) is that innovation in the public cloud moves much faster and assuming a stable partnership, we’d expect nothing less here.

For salesforce.com, its a bit more sophisticated. It already has a full Force.com platform, which for most scenarios, is actually much quicker for application development and deployment. Yet, we still think this is an incredibly positive move for them with the enterprise. Here are the top three reasons why.

1. Even if it’s faster, people won’t rebuild an app they have spent many years building. We’ve seen this curtail Force.com progress in the past. A potential customer buys into the value, but is hamstrung because they would have to recreate an application they have already spent years on. Now they will have a viable option of moving this application to a new platform with much less effort, get all sorts of benefit from that move, and then make an educated decision on where to develop new functionality (and have the two parts interoperate seamlessly).
2. Allows reuse of a world of innovation. One of the limitations of Force.com has been the lack of content for the platform. Even if it was faster and better, each new innovation had to be created from scratch. Java has the benefit of over 15 years of content that’s readily available for every new application. Every edge case seemingly has an open source option already written. Need voice recognition, GPS, credit card validation, etc. in your Force.com app, now you can assemble the capability instead of writing it from scratch.
3. Even hesitant enterprise CIOs will have a place to start. In the end, this may be the most important of the three implications (certainly the least ‘technical’). If you are an enterprise, chances are you are either a .NET or Java shop (or both) and you have invested years in building skills and capabilities around those core technologies. The ability to expose your Java resources to cloud development on next generation cloud platforms like Force.com will be appealing. Over time, these developers will gain an appreciation for how cloud development can extend their reach and allow faster and more flexible creation of business applications that their users love.

Microsoft has clearly proposed what the future should be for .NET development and the cloud. For Java, a historical strength has been vendor independence. Yet that also means a less directed future for Java in the cloud. The combination of the technical credibility of VMware and the cloud credibility of salesforce.com immediately makes VMforce one of the early leaders in that space. Now just hurry up and get it out to market ! 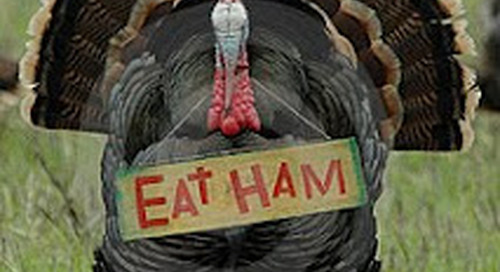 “Turkeys don’t vote for Thanksgiving”: Why it’s so important for enterprise IT to emerge a winner in the tr... 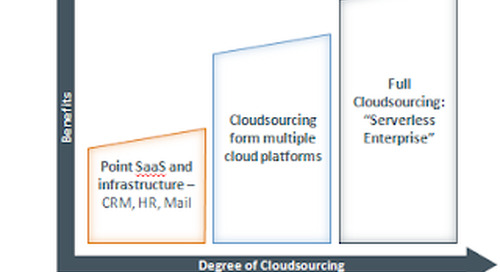 Bringing Confidence to the Public Cloud

By Chris Barbin Earlier this week, we were honored to be named the overall winner of the AlwaysOn OnDemand ...