What would you do, say, if you were the manager at large public facility and were faced with a ever growing problem of “spillage” in men’s restrooms? What would you change? It’s fairly safe to assume that those of us with an engineering mindset would approach the problem from the technology side – it’s likely the only part of the equation we’re confident we can change. We might think that we can’t make the ‘fellas pay attention, but we can create a better urinal. Perhaps if it had a deeper bowl, or was made of a different material, or…

Yet a manager in a large airport in Amsterdam was able to engineer a solution with very minimal cosmetic changes to the men’s room. Minimal changes, that led to massive changes in human behavior: “‘spillage’ on the men’s-room floor fell by 80 percent”.

The change was an etched fly in the bottom of each urinal. It gave the men something to aim for, created engagement, and drastically changed the user behavior with the system.

What is The Equation?

As stated above, “[technology is] likely the the only part of the equation we’re confident we can change.” That equation is the most basic equation we as technologists deal with: (The Solution) = (The Technology) + (The User’s Behavior). In the past the tech industry has been largely focused, blinded even, by one side of that equation. We call products “solutions” even though products don’t “solve” anything until someone comes along and uses them correctly.

Physical technology has a natural engagement loop. Take a glass of water for example. You can hold a glass of water in your hand, feel its weight when it’s full, hear the sound it makes when it hits something. These items naturally create an engagement loop with the user. Today’s business software however often does not (or does so only in the most basic of functions). How do we change that?

“Gamification is the process of using game mechanics and game thinking in non-gaming businesses to engage users and to solve problems.” Source

This year has proven itself to be a breakout year for enterprise gamification, and Appirio was fortunate enough to attend gamification’s premier event last month, The Gamification Summit. Gabe Zichermann and the GSummit team did an astounding job rounding up speakers from all corners of the gamified world. To give you an idea of the varying speakers and topics, here are a few of our favorites and links to related content where available:

Gamification can be applied broadly in a business. It can be used to rethink design processes, customer support, employee retention and much more. It’s been on our radar here at Appirio for a while now. We are currently live on an internal deployment of Badgeville for our employees as a replacement for our incentive compensation program. We wanted to incentivize people toward specific objectives we’re trying to achieve as a company – and be able to change those incentives across the entire organization in real-time. As well, we are also in the midst of an external deployment of Badgeville for CloudSpokes, our developer community, as a way to not only incentivize participation but to better catalog achievements for top contributors. More on that to come in future posts.
Why “Gamification”? What does this new buzzword bring to the table that design or UX does not? Back to the etched fly example above, it’s thinking about the user in a deeper way. Creating systems that encourage optimal behavior by making it something the participant wants to do. Kathy Sierra explains with utmost elegance:
“Don’t focus on what the user will think about the product, focus everyone around you on what the user will think about himself as a result of interacting with it”.
Cloud as a Catalyst
Why is this concept of focusing intently on the user’s feelings and thoughts when interacting with a system gaining so much traction? The same can be said for the social revolution – what is causing this sudden shift to the user?
It’s the cloud, and the rise of user-focused websites like Amazon, Google, Facebook, Salesforce, Reddit, and Twitter that are the catalyst for this change. While gamification, in and of itself, is not specific to “cloud”, it’s certainly showing up in SaaS-based products a lot more quickly than it ever could in non-cloud technology. Here are a few examples of how the cloud provides some much needed flexibility for enterprises:
The cloud provides many benefits from a more easily consumable subscription cost, multi-tenancy and a simplified outsourced infrastructure, but perhaps the key industry-changing aspect of the cloud is the shift in The Equation. Less focus on “technology”, more focus on “users”. Instead of being bogged down in the performance metrics of the latest Oracle Exalogic Elastic Cloud X2-2 box, enterprises can take a look into how they can architect business transformations that enable their constituents to succeed, and enjoy every moment of it. In the light of the cloud, we’re all going to have to. When the underlying technology is abstracted, it’s going to be the ability to create compelling, fun-to-use products that differentiates.
Are you currently exploring gamification in your business? Are you adamantly not doing so? Either way, we’d love to hear from you. 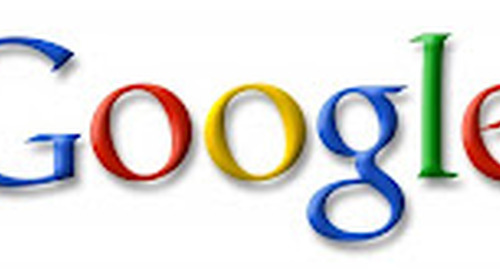 Google Continues Its March Into the Enterprise

Can an iPad Really Replace your PC? Kevin Says Yes.

By Michelle Swan There is no hiding from them – iPads are everywhere. They are everyone’s favorite conferen...