Yesterday I attended salesforce.com’s “Cloudforce” event for the official launch of “Chatter,” the company’s new social networking functionality for the enterprise.

Salesforce kicked off the event with this context: To reach 50 million users, radio took 38 years. TV took 13 years. The Internet took 4 years. Facebook did it in 5 months. “This is how the world is communicating,” said salesforce.com. “Someday the business world will too. Welcome to Someday.”


There’s no doubt that the way people collaborate in most companies could use some improvement (full inbox, anyone?) Marc Benioff, salesforce.com’s CEO, bashes collaboration tools that were “conceived of before Mark Zuckerberg was.” His response to this is Chatter, which he describes as “Facebook for the enterprise.”

The general collaboration concept behind Chatter isn’t new. After all, collaboration has been offered through software as a service (“SaaS”) for years — solutions like Jive, Yammer, and CubeTree have seen solid adoption, particularly in small and medium businesses.

But salesforce.com has a much different approach than other solutions — they’re making Chatter a core part of their cloud platform. Chatter moves collaboration from the SaaS “layer” of the cloud to the platform as a service layer (“PaaS”). This has a couple of implications for the enterprise…

Ryan Nichols Do any of these statements sound familiar? We have too many sunk costs in our existing systems... 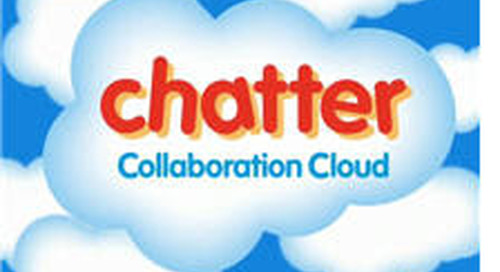 by Mark Koenig and Jeff Douglas In the six months since Chatter was announced at Dreamforce 2009 most of th...