With the spirit of the holidays upon us and in the vein of being thankful and giving back, I am very proud to recognize our friends James Szmak (senior vice president, operations & Chief Information Officer), Robert Swanson (AVP, IT operations) and Sridhar Thoduponoori (AVP, new technology programs) of JDRF as our latest Appirio Cloud Pioneers.

JDRF is the leading global organization focused on type 1 diabetes (T1D) research. Driven by passionate, grassroots volunteers connected to children, adolescents, and adults with this disease, JDRF strives to improve the lives of all people affected by T1D by accelerating progress on the most promising opportunities for curing, better treating, and preventing T1D.

JDRF is in the process of a massive IT system overhaul that is dramatically changing the way they fundraise and interact with donors and supporters–who have contributed more than $1.6B to diabetes research throughout the years.

Recently, I sat down with Robert and Sridhar to learn more about how JDRF is executing its mission with the help of cloud technologies and what it means to them to be named a Cloud Pioneer.

Q: Can you tell me a little about JDRF’s business and the challenge you have addressed with the cloud?
Robert Swanson (RS): JDRF is the largest charitable supporter of type 1 diabetes research and since our foundation in 1970, we have grown to more than 100 locations nationwide. When we took a good look, we realized that we had about 700 different data sources housing information about our constituents – what walks they have participated in, when their last donation was, if they have volunteered at any events. Every chapter had its own Excel files and other access databases, and even though we had a 12 year old legacy CRM system, only about 40 chapters actually used it. We wanted to create an environment where any JDRF employee could look up a record and be able to see all interactions we have had with that individual, from the events they have participated in, to the newsletters they have received, to the donations they have made and who from our staff last interacted with them. This was nowhere near possible and we came to the realization that it was time to throw out the old and bring in the new.

Sridhar Thoduponoori (ST): Our legacy standalone systems never talked to each other, custom apps were difficult to maintain and we were dependent on vendors for everything. To get a 360 degree view of our business it would take us six months to get all the data together and by that time, it was out of date.

We decided to leverage best of breed technology that could provide the infrastructure to support our growth and goals.

Q: How has “working in the cloud” changed the way JDRF does business?
ST: Two things have really stood out to us. First, we came from a “build your own” culture where we were responsible for all monitoring and maintenance. Every time there was an issue, we had a major headache managing our vendors to get things fixed. With the cloud, this is no longer our responsibility. Additionally, we get the benefits of every upgrade.  Chatter, Work.com, whatever it may be, there are so many things being added to the Salesforce platform on a regular basis, that we can take advantage of.

Q: What did it take to get from vision to execution?
RS: All of the above. We put together a five year TCO budgetary estimate and planned to spend two years implementing everything, including Convio Luminate on the front-end and Greater Giving app for galas and of course Salesforce for CRM. This is by far the largest investment we have ever made in IT at JDRF.

It was a hard sell, but our CIO and senior management team bought into the vision early on. Our CEO and CFO identified change management as a critical driver of success and we have certainly made that a priority. We have done a lot of work communicating and socializing what we are doing, why we are doing it and when each chapter can expect to cut over to the new system.

ST: Most of the team, even those we sold the project vision to, were more interested in the features and functionality than the fact that we were delivering a cloud-based solution. Being seamless was most important. End users shouldn’t care where their info is, as long as they can get to it. It is IT’s responsibility to make that happen in the most cost-effective manner, which in this case, meant salesforce.com.

Q: What is it like working with Appirio?
RS: Appirio was an unknown to us in the beginning. Convio had worked with Appirio on other non-profit customers and made the recommendation. All of us have been very impressed.  When we first engaged we didn’t know the quality of the organization and the type of support we would receive. We have a highly qualified team and would certainly engage Appirio for another project–in fact, we are planning on it.

ST: To echo Robert, we are thrilled with the quality of work and dedication from the Appirio team. The integration with Luminate was completely done by Appirio and they were great about keeping it on time and on budget.

Q: What is the biggest challenge you have faced thus far?
RS: Accurate data was and still is the biggest issue. We have supporters who have participated in multiple events – walks, galas, rides – and every time they interact with us, they have to re-register on our site. With the old system, we had no way of knowing who they were and allowing them to create a single user name and login. As a result, we have tons of duplicates. The same person can have any number of different entries based on name spelling, email address, etc.

ST: We have about 5.5M constituent records and 80M transactions in the legacy CRM app and we don’t even have everything loaded yet, but we’re getting there. Once we complete the migration, having a 360 degree view of what Robert/Bob/Bobby Swanson has participated in and communicating with him in a single consistent way, will be possible.

Q: You both, along with JDRF SVP and CIO James Szmak, were named 2012 Cloud Pioneers. What does being named a Cloud Pioneer mean to you?
RS: I was disappointed that there was no official ceremony.

ST: I prepared a speech. Seriously, I was shocked at the recognition. We first entered the cloud with this project and really learned what the cloud is capable of through this project. We recognize that there is so much more we can do in the cloud to enhance our business and feel like leaders in the nonprofit cloud world. Working with Salesforce and Appirio in the cloud has helped us execute better and taught us that there is so much more we can be doing. I think years from now, people will look at us differently. JDRF will be among those companies that helped pioneer the cloud. 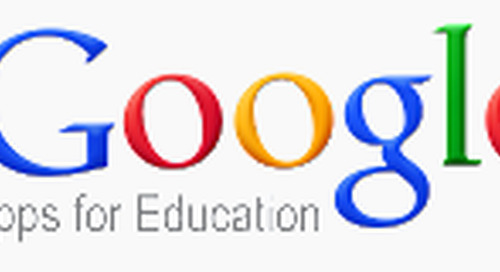 By David Spangler Traditionally, universities, colleges and higher education have been at the forefront of ...

Business Agility, The Cloud and The Future of HR Technology

HR has finally reached a point in its maturity where the only way for it to meet the demands of the busines...