December 4, 2009 Appirio
Dreamforce 2009 was a super exciting event, not only for us, but for an entire industry.  19,000 people descended upon Moscone Center in San Francisco and brought an infectious energy to the place that even noted curmudgeons like Dennis Howlett couldn’t help but be swept along with.  It’s a tremendous vote of confidence for cloud computing that Salesforce was able to almost double attendance from last year in a climate when most conferences are excited to be at 60-70% of where they were in years past.  There’s no doubt that cloud computing is past the tipping in the enterprise and the number of fantastic conversations we had only reinforced that for us.
Salesforce announced a lot of exciting things at the conference including major enhancements to the Sales and Service Clouds and most significantly, Chatter.  Now that we’ve had a few weeks to reflect on the event, we’d like to share our top 3 highlights from Dreamforce 2009:

1) The launch of Chatter: It was truly exciting to see Salesforce’s emerging vision for enterprise apps with the launch of Chatter.  We have long believed that there’s a lot to be gained from connecting enterprise apps with the way people communicate and collaborate, but Chatter goes far beyond that.  Some commentators have missed the point by making facile comparisons to Facebook and Twitter.
There are three things that make Chatter completely different than anything that has come before it.  First, Chatter brings the metaphors and user experience of the fastest growing collaboration platforms, Facebook and Twitter, to Enterprise apps.  Second, Chatter liberates data and insight that stayed imprisoned in enterprise apps by giving enterprise apps a way to communicate directly with the business user.  Third, since Chatter is a part of Force.com, every application that has ever been written on Force is automatically “chatter-ized”.  (more in our post Chatter:Enterprise Apps Break their Long Silence)

2) Showing a real-life use case of Chatter on the big stage: While it was great to see the excitement in the audience when Chatter was announced on Day 1, it was hard to beat the excitement of actually working with the Chatter toolkit, “chatter-izing” our own PS Enterprise app to create Social PS Enterprise, and showing it on stage with Marc Benioff.  In the case of professional services management, Chatter has the potential to take a primarily administrative application and turn it into one that is part of the way every consultant does their job.  We’re excited about the possibilities!  (more in our post Chatter Matters: Adding Social Capabilities to Enterprise Apps)

3) Seeing our customers’ success celebrated in 20+ sessions and the keynote: Appirio has helped over 150 enterprises adopt the cloud and each and every one of those stories is exciting to us.  This year at Dreamforce, it was amazing to see so many of our customers’ successes celebrated.  Highlights included a keynote by Avon as well as sessions by Thomson Reuters, BMC, ACI, Qualcomm, Genentech, Starbucks, Innovapost, TransUnion, Perceptive Software, Rehabcare, Convio, and many more. (more on Dreamforce Central)
On a lighter note, our cloud computing video contest was a huge hit and the winning Cloud Computing rap was hilarious.
Conclusion
Dreamforce 2009 demonstrated the industry shift toward cloud computing and the excitement it’s generating for enterprise customers and ISVs (even huge ones such as BMC and CA).  The launch of Chatter as part of the platform is not only exciting in itself but makes a strong case for why people are excited.  In no other form of computing is innovation happening at the same rate, and even in the rare cases where it is, it’s certainly not free or easy to absorb the innovation.  The best advice we can give enterprises is that if you aren’t yet evaluating the cloud, there’s no time like the present to get started! 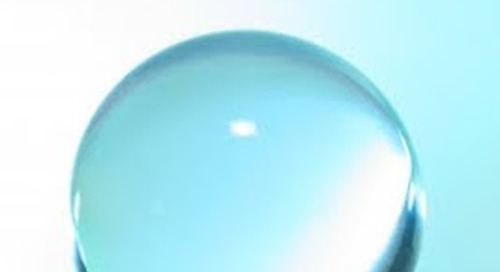 This time last year, we put pen to whiteboard in an attempt to predict what 2009 would look like for enterp... 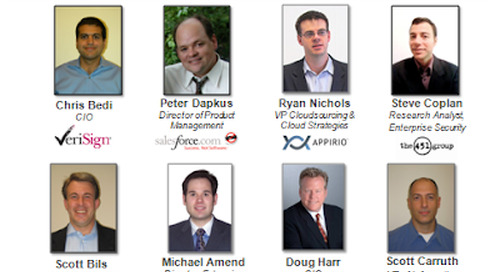 Ryan Nichols We were flattered to participate in today’s Enterprise SaaS Working Group session on Identity ...