Google Atmosphere: Everything Surrounding the Cloud

Yesterday, Google assembled 300 or so IT executives at an event called “Atmosphere” (everything that surrounds the cloud…get it?). Speakers ranged from Google’s technology leaders to author Geoffrey Moore and analyst Mary Meeker to a panel of innovative CIOs. Equally impressive was the audience that Google assembled for this event– many in the crowd could have just as easily been up on the stage themselves. Here’s what we learned from this amazing gathering:

The highlight of the day was seeing 3 Appirio customers speak on a panel of 4 leading CIOs innovating on the cloud. Listen to how the CIOs of Genentech, Motorola, MWV (MeadwestVaco), and Seagate talk about their experience with cloud computing:

These are all 10,000+ person companies who have cut through all the hype surrounding cloud computing to make a business-case driven decision that the cloud belongs at the core of their enterprise architecture. While it’s great to see Google Apps continue to attract 3,000 new small businesses every day, it’s this level of enterprise adoption that we found most exciting.
2. The clouds will be connected
This was a Google conference, but there was definitely acknowledgement that there’s more than one cloud in the sky. Salesforce’s CEO Marc Benioff and head of product marketing Kraig Swensrud showed off Chatter, the Salesforce Collaboration Cloud. Dr. Werner Vogels discussed the Amazon Cloud. Google’s own Vint Cerf (called the “father of the internet”) said “Inter-cloud interaction is a very rich area for exploration, and I don’t think there are a lot of answers yet.”
To demonstrate the possibilities, we were thrilled to have Appirio’s own PS Connect product shown on-stage by Google’s Brad Horowitz. We’ve used gmail contextual gadgets to bring together relevant information from your cloud-based enterprise applications directly inside each email you read. As an example, an email from a prospect will bring up all the related opportunities from your salesforce.com CRM system. We’re able to connect the clouds to help you respond appropriately to each message… Just an example of what’s possible when you bring together multiple cloud platforms.
3. PCs won’t be the primary consumers of the cloud
We were reminded again and again over the course of the day how important mobile computing devices are as a channel for cloud computing. It started on registration– every attendee received a slick new Google Nexus One phone. Benioff demonstrated Chatter on an iPad, an iPhone, AND a BlackBerry. And Morgan Stanley’s Mary Meeker hammered the point home, with dozens of pages of statistics on how profoundly mobile computing will affect the industry. Mobile internet usage is undergoing the fastest technology adoption curve in history (gaining 85 million users over 11 quarters). There will be more mobile internet users than desktop users by 2014.
That means mobile phones will soon be the primary means of consuming cloud services. Google’s reaction? “We’re designing for mobile first. That’s where all the real action is going to be,” said Eric Schmidt.
Mary’s message to CIO’s? Be ready. “The desktop internet was just a warm-up act for what’s going to happen for the mobile internet.”
4. Cloud isn’t just about cost
The economic climate in 2009 meant that every conversation about cloud computing was driven by the tremendous cost savings driven by shared infrastructure. But yesterday, there wasn’t a lot of attention paid to Google’s amazing $50 per user per year price point. Instead, the focus was on business user productivity.
Geoffrey Moore quipped “Nobody says ‘I need to be productive today, let me login to SAP'”, as he declared a crisis in white-collar productivity driven by legacy, on-premise IT. He argues that cloud-based communication and collaboration have the potential to drive the next generation of competitive advantage in the enterprise.
Google’s response? Google’s enterprise head Dave Giriard promised to “open up Google’s entire candy store to the enterprise.”
Music to our ears. Hopefully Google’s Atmosphere will provide even more oxygen to the cloud computing ecosystem. 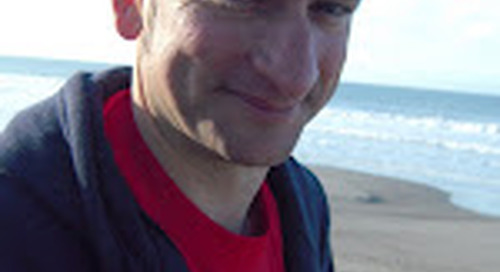 The number of cloud computing events these days can be almost overwhelming. Consider the conferences this m... 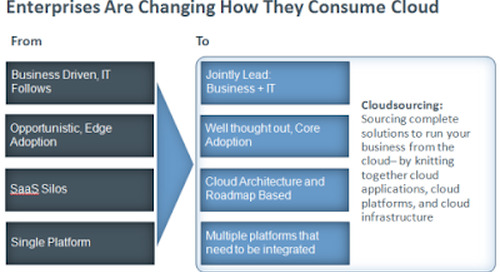 Our top 5 takeaways from SaaSCon 2010

“IT can finally make people happy”Balakrishna Narasimhan Earlier this week, we were proud to sponsor SaaSCo...