Google I/O through the Eyes of an Enterprise

A lot of the news coming out of Google’s annual developer conference seems targeted at the consumer market– up on the keynote stage, at least, there was a lot more talk of how to use Google’s platforms to power games, music, and movies than there was of enterprise applications (don’t worry, we’ll have a separate post on Chromebooks).

Seeing I/O through the lens of an enterprise requires remembering that Google’s greatest impact on companies has almost always come from innovation originally intended for individuals. All it takes is a little imagination to see how this week’s major announcements will be game-changers for companies deciding to “go Google.”

Here’s a summary of what we saw, and how we imagine this applying in the enterprise:

We saw I/O turning into a mobile app dev conference. We imagine Google using this momentum to help enterprises “Go Google.”
There’s no denying that Android is the hottest thing going for Google right now in the war for developers. And that was reflected in the content of I/O– a full morning of keynotes, lots of announcements, and a full floor of the conference. So far, this momentum has been driven by consumer adoption– while there have been over 100 million Android activations and many analysts list Android as the most adopted mobile platform, it still trails Blackberry, Windows, and iOS in explicit enterprise support, admits Google. This makes sense– IT support always trails consumer adoption, and Android’s adoption has accelerated faster that IT’s ability to support it.

As enterprise IT is increasingly asked to support the devices that their employees bring to work, there’s an opportunity for Google to use the success of Android to drive adoption of the rest of Google’s Cloud Platform in the enterprise. Employees who use Android devices will want to use Google Apps for communication and collaboration, and will appreciate Android Apps written to connect with Google App Engine. Today, Google largely talks to the enterprise about their $50 email solution. Tomorrow, Google (and its partners!) will talk to the enterprise about a complete solution for the 3 items at the top of their 2012 agenda: mobile, social, and the cloud.

We saw Android @ Home and Android Accessories. We imagined an open platform for cloud-connected field service devices.
On the main stage, Google connected an Android phone to an exercise bike, and allowed conference attendees to use an Android tablet to control a life-size labyrinth game. They showed how Android can be used to manage your home stereo, and even your lighting system.

We imagined those same capabilities being used to make Android the ultimate field service platform for the “internet of things.” We’re working with one company that’s trying to enable their field engineers with a rich set of cloud-based applications that feed off data taken from devices installed at client sites around the globe. It would be very powerful to have an open, standards based platform like Android to build this solution.

We saw Google Music and Movie Rentals. We imagined seamless cloud/mobile interoperability for the enterprise.
Google Music and Google’s movie rentals are both great demonstrations of how cloud services can work well with native mobile applications to provide users with a great experience, whether online or off. Google Music, for example, is smart about how it caches locally the music you are likely to listen to so that music is always available.

We imagine these capabilities being applied to all sorts of enterprise applications. Imagine if you had that same intelligence applied to thousands of documents you have stored in the cloud, or if it were as easy to purchase and access proprietary research reports as it is to rent a movie. There’s a lot of opportunity to bring together the power and elasticity of cloud services with the immediacy of a mobile device– for both consumer devices and enterprise.

We saw web apps powerful enough to run the world’s most popular games. We imagined web apps powerful enough to displace Microsoft Office.
The day 2 keynote highlighted a host of new browser capabilities in Chrome that now make it possible to run the world’s most popular games as web applications– including the ever-popular Angry Bird. Last year, we saw Quake running as a web app. Games are a fantastic edge case for web apps because they require instant response time and a compelling user experience.

If games are ready to run as web apps, then surely we’re ready to displace the world’s most widely used thick client app– Microsoft Office. Rich internet applications are now able to provide users with the same level of instant responsiveness that they’re used to on the client– we imagine this capability being fully realized in Google Apps to make usability a reason TO move to Google’s document creation tools instead of an objection to be overcome.

In short, we were thrilled to see Google give us yet another glimpse into the future of the cloud. We’ll enjoy that future in our personal lives for sure, but this innovation no longer needs to stop at your company’s front door– there’s a lot to love in Google’s vision that’s relevant for enterprises everywhere.

Check It Out – The CloudWorks April 2011 Release

By Glenn Weinstein, CTO, Appirio Yesterday, we went live with the April 2011 release of CloudWorks! If your... 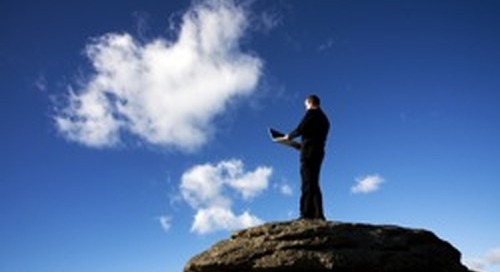 Laying down my principles: The 2 commandments of cloud religion – Blogging for ComputerWorld

Glenn Weinstein Five years ago, it was unclear to many that what was then known as “on-demand” — subsequent...