Home » Cloud Powered Blog » Mythbuster Monday (Part 3 of the Series): There is a Higher Risk of Lock-In with the Cloud
× Share this Article

Mythbuster Monday (Part 3 of the Series): There is a Higher Risk of Lock-In with the Cloud 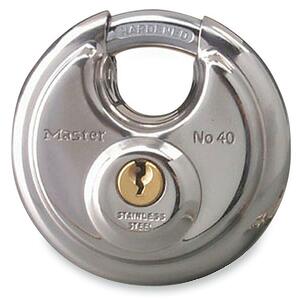 The next myth in our Monday Mythbuster Series is the idea that lock-in is a bigger issue in cloud computing than with alternative models like on-premise solutions, hosted solutions, etc. It’s a topic we still see often in the press and even in sales cycles. Interestingly enough, it’s one we hear much less often once we engage with our customers in actual implementation and development projects. Perhaps that’s because they realize “lock-in” (like privacy) is a relative term and a fact of life in IT. In fact, the lines between “lock-in”, standardization, commitment, and partnership are subtle ones.

“Lock-in” – whether to a vendor, a platform, a development environment or language – has been an issue for decades and used by numerous vendors as a reason why customers should or shouldn’t move to a technology. “Don’t use Microsoft technologies or you’ll be locked in!” Yet today there are more than 8 million Microsoft developers (although this is something many are trying to change). “If it’s not built using industry-standards, you’re locked in!” Maybe, but SQL is a standard and you don’t see a lot of companies regularly switching their databases. And there’s the newest one…”If you don’t control your data and apps in house, you’re locked in!” Tell that to the companies paying millions to upgrade or rip out their legacy SAP and Lotus Notes systems (which we lovingly refer to as the asbestos of software).

My point is not that you shouldn’t be concerned with lock-in. It’s to say that lock-in is not any more of an issue with the cloud than it is with traditional software. There are however, some key differences between cloud and traditional software that companies should consider.

With traditional software you have the option to run unsupported, legacy versions of old applications as long as you want at no charge. You can’t do that with SaaS. Yet with SaaS there’s a natural buffer for abuse by the vendor that you don’t get with on-premise. SaaS vendors don’t get all their money up-front, they have to continue earning your business. And if one of the large scale SaaS providers does have a major issue, there’s a tremendous market opportunity for third-parties to come in with migration tools that only need to be written once since SaaS applications have a single application version and supporting infrastructure. Compare this to the exponential problem of trying to write migration tools for multiple versions of on-premise applications and all the flavors of infrastructure they run on, and you’ll see why migration tools for cloud apps will be more commonplace in the future.

The Real Considerations Around Lock-in

While lock-in exists, there are things you can do to balance risk with the benefits of the cloud:

The Future of Cloud Lock-in

As the market matures, lock-in should become even less of an issue with cloud solutions. For one, more tools will become available to make it easier to move data to or from leading cloud providers. The evolution of standards will help here, as will the growing volume of customers on these leading platforms, making it a significant market opportunity to third-party vendors (and likely, an area of investment for VCs).

As we look into a future – one where cloud solutions will play a dominant role and where the concept of lock-in won’t ever completely disappear – consider one thing: If some degree of lock-in is inevitable, isn’t it better to be locked-in on the most advanced version of the product vs. some obsolete technology that becomes unsupported all too quickly? . Being well served by a great solution and great partners is the best protection against the cost of switching because you won’t need to switch. From that perspective, it’s a lot like marriage. Should one worry more about how to best ensure they can get out of it, or focus on making sure they find the best and most compatible partner for the long run???

Ryan Nichols Now that Microsoft has finally embraced cloud computing and taken a version of its flagship Of...

Learning from an audience of cloudsourcing candidates – Blogging for Computerworld