Home » Cloud Powered Blog » Mythbuster Monday (Part 5 of the Series): Private Cloud is a Good First Step to the Cloud
× Share this Article

Today’s myth centers on private clouds. Private clouds are among the most hotly debated topics in enterprise computing and have as many ardent fans as virulent skeptics.

We’ve written about private clouds quite a few times before. Our focus in the past has been around the first myth related to private clouds – that they provide the same types of benefits as public cloud solutions. We first refuted this myth in early 2009 when we predicted that private clouds would rise and fall in 2009 (guess we were wrong on that one!). Phil Wainewright chimed in earlier this year predicting that 2010 was the year when private clouds would finally be discredited. The discussion has continued unabated including this fantastic discussion we had on SandHill a few months ago. Our position remains the same, private cloud is really a fancy term for better ways to run your datacenter such as virtualization. And while virtualization has a clear ROI, it stops far short of what’s possible by moving to higher-level platform-as-a-service (PaaS) and software-as-a-service (SaaS) technologies. But we’re not here today to rehash that argument.

Instead, we’re going to focus on the second and less widely refuted myth around private clouds – that they’re a good first step to the public cloud. This myth perhaps has its origins in a June 2009 Gartner report entitled “Private Cloud Computing: The Steppingstone to the Cloud”. The author talks about private clouds being a good interim step for services not yet available externally or those that can’t yet be built on public cloud platforms, but the headline has taken on a life of its own, aided by the vendor marketing spin machines. The idea that moving to your own virtualized IT environment and delivering IT as a service to your internal customers may intuitively seem like a good first step before moving the services to someone else’s platforms. The problem is that while private clouds provide clear benefits, they don’t fundamentally alter your cost structure or activities, and your IT department is still locked into many of the same structural problems as before. To understand why, let’s examine what it takes to create a private cloud and IT’s activities in an enterprise with a private cloud.

Moving to and living in the private cloud
Chuck Hollis at EMC, who’s one of the most eloquent private cloud commentators, describes a three-stage adoption path for private cloud. It begins with transitioning IT’s own applications to virtualized infrastructure, followed by business applications and finally running IT “as a service”. Now, there’s no doubt that in the end state, IT is making much more efficient use of infrastructure and can provision capacity for compute and storage much more easily. But, is this fundamentally different than what IT does today? Not really, because you still have middleware, databases and applications, and all of the complexity you have today. In fact, you have the additional complexity of having to provide all of this to your end-users as a flexible, metered service.

So, in this world, IT has learned (the hard way) how to become a service provider and try to recreate internally what companies like Salesforce, Google and Workday do for a living. Learning how to do this and delivering this using today’s software stack, even on top of the best virtualized infrastructure, is no easy task.

And does all this prepare you any better for moving to the public cloud? Not really. It enables you to move easily to infrastructure-as-a-service such as Amazon but as we’ve argued before, this only gives you a fraction of the benefits of moving to higher levels of the stack such as PaaS or SaaS.

The fundamental issue is that virtualization (or even IaaS) doesn’t fundamentally alter where IT spends the majority of time and budget today, which is maintaining and enhancing a complex software stack built on a patchwork of applications, databases and lots of plumbing. So, unfortunately, virtualization or private clouds keep you running on the same old treadmill as before, just maybe with better shoes. So you may be able to run faster and in greater comfort than before but you’re still going in circles!

This enables IT to become a much closer partner to the business. And this isn’t just marketing. We’re in the process of concluding a survey with 150+ companies who have adopted cloud applications and platforms and 70%+ of respondents said that public cloud solutions had enabled them to change the role of IT within the business. Moving to the public cloud has significant benefits, but it does require IT to focus on some new areas that they may be less comfortable with, but in the end will have a greater impact on the business including:

Virtualizing your infrastructure may help a bit with the first but not with any of the others.

Implications
We’re not saying that virtualization or private clouds don’t have a place in your strategy. For many large enterprises, they make good sense. But, it’s not a replacement nor a first step to building a public cloud strategy. They’re different. Public cloud platforms enable you to focus your scarce resources on driving business results rather than running data centers or patching software. Companies who take advantage of public cloud platforms will be able innovate faster and respond much more quickly to business challenges, in addition to reducing costs. That’s why we urge every one of our customers to build a cloud adoption plan, moving at least 10% of their IT to the cloud every year. Mythbuster Monday (Part 6 of the Series): Cloud Computing is Only For Cost Cutting

Mark Koenig Some myths start out being true and become false over time. Today’s myth – “the only reason to ... 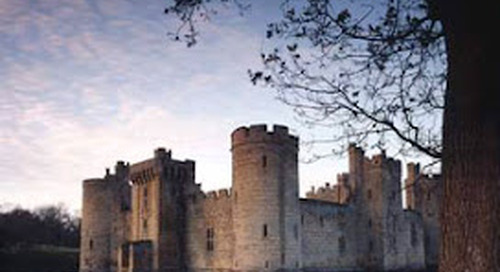 Mythbuster Monday (Part 4 of the Series): Most of My World is Still On-Premise

Balakrishna Narasimhan When people talk about the myths of cloud computing, you often run across issues lik...