Our top 5 takeaways from SaaSCon 2010

Earlier this week, we were proud to sponsor SaaSCon 2010. It was an excellent, end-user focused conference that gave us a chance to connect with many of our customers, companies like Flextronics, Genentech, Diversey and City of LA. Being with such a forward thinking group really energized us and we’re excited about where we are as an industry. We thought we’d take the chance to highlight our top 5 takeaways from the event.

1) SaaS and cloud adoption have moved past the tipping point
Most conferences typically feature point SaaS or IaaS adoption uses cases and conversations are dominated by concerns about security, SLAs, disaster recovery and lock-in. SaaSCon was a refreshing change in a couple of ways. First, 5 of the 13 end-user speakers run multiple cloud applications today . Second, questions about security, SLAs, DR, etc. came up but there were concrete answers, and the answers came from end-users rather than vendors. For example, City of LA has an SLA of 5 minutes downtime/month for Google Apps and a contract with their service provider, CSC, to migrate their mail to a different platform if they alter their strategy.

This market shift is borne out by more than just our impressions. In his presentation, Jeff Kaplan of THINKstrategies talked about a recent survey of enterprise IT customers showing that 60% of enterprises use a SaaS application today and even more importantly, 90% would recommend SaaS applications. There’s no longer any question that SaaS and cloud computing are here to stay.

2) Cloud has moved from the periphery to the core of IT
Since cloud applications and platforms have become part of the mainstream of enterprise IT, there’s been a shift in the way companies consume cloud applications and platforms. In the past, application adoption might’ve been driven by a rogue sales team within a company, or a team in R&D who wanted to spin up and spin down hundreds of servers, but now, cloud is a core part of enterprise IT. Cloud adoption is jointly driven by business and IT, it’s more well thought-out, it’s more architecture and roadmap-based and increasingly relies on multiple underlying platforms. Companies like Genentech, Flextronics and others are ushering in the era of what’s being called “cloudsourcing” – sourcing complete solutions to run your business from the cloud. 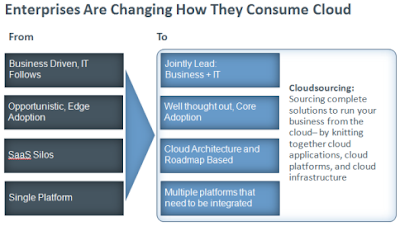 3) Running multiple cloud applications creates new challenges, which vendors are just now starting to address
Given the increasing role of cloud applications in the enterprise, there was a significant amount of time devoted to cloud integration challenges and strategies. Genentech, Flextronics, Schumacher Group and Panasas all had something to say here, as they are all running multiple cloud applications and have integrated them into their overall IT architecture. The overall consensus is that the basic problems of data integration and user authentication are being solved by vendors such as Cast Iron, Boomi, etc., but there are still gaps in the area of process orchestration, end-to-end monitoring across cloud/on-premise platforms and testing tools.

4) Cloud gives IT the opportunity to change the way the business runs
Frankly, one of the most inspiring sessions of conference was Todd Pierce’s on how Genentech has used the cloud to run their business better. Genentech uses Google Apps, Salesforce CRM, Force.com and App Engine (for custom development) and SAP ERP. Todd described his decision to make the cloud a core part of his strategy as a “bet my job decision”.

His enthusiasm for what he’s been able to do was palpable as he described a few of the examples of what cloud applications have enabled within his company:

5) IT has the opportunity to finally align itself with the business
Chuck Hollis of EMC recently blogged about the state of IT. The themes that emerge across the many sources Chuck looks at is that CIOs are focused on better aligning with the business, supporting customer-facing processes and driving process improvements. Chuck ends on a slightly depressing note that in spite of these aspirations, business-IT alignment is still elusive in over 60% of enterprises. Even more depressing, this is probably the same as what every CIO survey ever done says.

As the companies at SaaSCon demonstrated, the cloud gives finally gives IT the power to change this dynamic. At Appirio, our objective is to help IT truly enable the business, whether it’s with our cloud services or with our products such as PS Connect. Helping change the role of IT within the enterprise is one of the things that excites us most about cloud computing. If you are using the cloud to transform the role of IT within your company, and would like to share your story, leave us a comment below or email us! 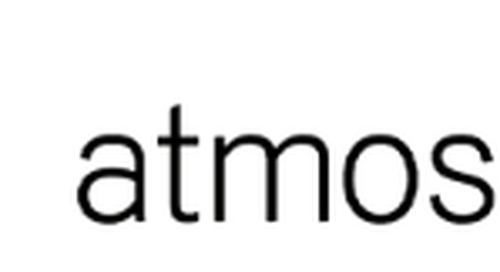 Google Atmosphere: Everything Surrounding the Cloud

Ryan Nichols Yesterday, Google assembled 300 or so IT executives at an event called “Atmosphere” (everythin... 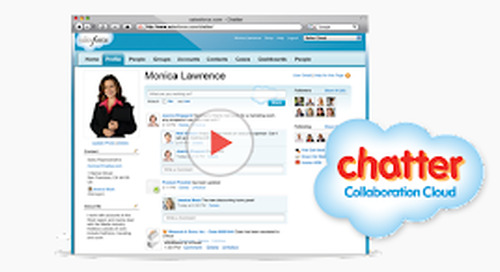 Balakrishna Narasimhan When Salesforce Chatter was introduced in December at Dreamforce amid much hype, man...