INDIANAPOLIS (Aug. 28, 2015) – Appirio Inc., a global cloud services provider and leader in enterprise crowdsourcing, announced today that it has selected Indianapolis to serve as its corporate headquarters. The San Francisco office previously held this designation.

The company will invest $7.7 million over the next five years in Indianapolis, building on its continued growth in the area. Earlier this year, Appirio renovated and moved in to an additional floor at the Pan American Office Tower, doubling its footprint to 25,000 square feet to accommodate the company’s future growth.

Since the founding of the Indianapolis office in 2012, the company’s headcount has grown from 20 to 151 associates in Indiana. Appirio has a goal of employing up to 577 Hoosiers by 2020, with average salaries more than 75 percent higher than the state’s average wage. Interested applicants can learn more and apply through the company’s website.

“Our state has reached a historic milestone with more Hoosiers working than at any time in Indiana’s history,” said Governor Mike Pence. “That progress will continue because companies like Appirio are choosing Indiana for their job creation because of the state’s low-cost, low-tax business climate and talented workforce. More than 50 percent of the state’s economic development efforts during the first half of this year have been in the information technology sector, ensuring the continued growth of high-wage Hoosier jobs for years to come.”

Founded in 2006, Appirio is a global provider of cloud computing services with more than 1,200 employees worldwide and global offices in San Francisco, Dublin, London, Jaipur and Tokyo. Appirio brings the expertise, platform, assets – as well as a global community of more than 850,000 designers, developers and data scientists – to help customers compete and win in a fast moving, rapidly changing economy. Appirio has worked with customers such as Cardinal Health, Yahoo!, Starbucks, Facebook and IBM to power their business with the cloud and the crowd. Appirio boasts strategic partnerships with salesforce.com, Google, Workday and Cornerstone OnDemand.

“The designation of Indianapolis as our headquarters reflects the office’s important role as a global training center and recruiting hub as we look to support our growing list of customers and partners,” said Chris Barbin, chief executive officer of Appirio. “We know Indianapolis will make a strong home base for global operations, and we look forward to an even more interconnected future for Appirians, our customers and our partners.”

Appirio invests heavily in recruiting and hiring Indianapolis-area graduates. The company’s Ascend Program is dedicated to bringing in top-notch talent from colleges and universities around the state and putting them on a path to grow into tomorrow’s leaders. The company also contributes to Indianapolis-area non-profits through its corporate philanthropy program, Silver Lining, which provides pro-bono professional services, company-wide volunteer days, and paid time off for employees to volunteer with organizations of their choice.

Pending approval by its board of directors, the Indiana Economic Development Corporation (IEDC) will offer Appirio up to $3,850,000 in conditional tax credits and up to $150,000 in training grants based on the company’s job creation plans. These incentives are performance-based, meaning until Hoosiers are hired, the company is not eligible to claim incentives. The city of Indianapolis will propose additional incentives to its Metropolitan Development Commission for approval at the request of Develop Indy, a business unit of the Indy Chamber. 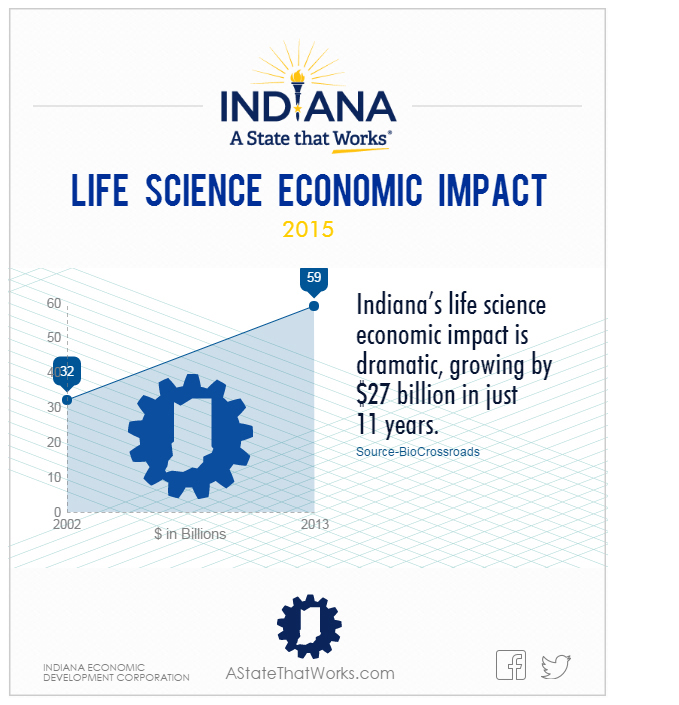 “Indianapolis is becoming a hotbed of talent in the tech sector, and companies like Appirio are recognizing the quality of our workforce as well as the benefits of our business friendly environment,” said Indianapolis Mayor Greg Ballard. “I am delighted that Appirio has selected Indy as a place to invest and expand their successful operation.”

More than 5,000 tech jobs have been created in central Indiana alone since 2009 in an industry that pays more than $72,000 annually on average in Indiana. Appirio joins a growing list of tech companies like Geofeedia, Emarsys, Rook Security, Return Path and Eleven Fifty adding jobs in the region, earning Indianapolis recognition as one of the top 10 emerging cities for tech jobs.

“The cloud services industry has seen explosive growth, and Appirio has secured a unique leadership role in the space,” said Scott Dorsey, co-founder and former chief executive officer of Salesforce ExactTarget Marketing Cloud. Dorsey is now the managing partner of High Alpha. “Appirio’s selection of Indianapolis as its headquarters is a huge win for the city’s tech community. This is an exciting company to watch.”

About Appirio
Appirio is a global services company that helps customers compete and win in the Cloud Economy. As the leader in enterprise crowdsourcing, we deliver unmatched customer value by combining the world’s top talent with a unique cloud services platform. Our platform harnesses the power of one of the world’s largest crowdsourcing communities, thousands of ready to deploy assets, and leading cloud, industry and technical experts, to help our customers drive competitive advantage. Appirio is a trusted partner to some of the world’s largest brands, including Cardinal Health, Coca-Cola, eBay, Facebook, Georgia-Pacific, Home Depot, Moen and Sony Playstation. Learn more at www.appirio.com.

About IEDC
The Indiana Economic Development Corporation (IEDC) leads the state of Indiana’s economic development efforts, focusing on helping companies grow in and locate to the state. Governed by a 12-member board chaired by Governor Mike Pence, the IEDC manages many initiatives, including performance-based tax credits, workforce training grants, public infrastructure assistance, and talent attraction and retention efforts. For more information about the IEDC, visit www.iedc.in.gov.

Appirio’s 2015 Topcoder Open comes to India, world’s top programmers and designers gather to compete for a ...