Appirio’s 2015 Topcoder Open comes to India, world’s top programmers and designers gather to compete for a spot in the finals

Jaipur, India — August 21, 2015 — For over a decade, the world’s best programmers and designers have showcased their skills and competed for the top spot at the Topcoder Open (TCO), a series of virtual challenges and global on-site hackathons. This year, the biggest on-site regional event will be held in Jaipur, India, at the University of Manipal on August 22, 2015. Participants from all over the world will gather to compete in the TCO15 India Regional Event.

Topcoder is Appirio’s enterprise crowdsourcing community of more than 850,000 designers, developers, and data scientists from around the world. The community’s global reach makes TCO one of the most elite events in the programming and design ecosystem. It’s where the best of the best come to compete while creating new solutions to real-world business problems. In addition to Jaipur, TCO15 has visited or is visiting: St. Petersburg, Russia; San Francisco, United States; Tokyo, Japan; and Yogyakarta, Indonesia.

“Appirio’s crowdsourcing community is driven by our members’ hunger to compete, improve their skills, and collaborate with one another,” said Maryam Norouzi, Vice President of Appirio’s crowdsourcing community. “Topcoder Open is their time to show off their skills in front of their peers, meet other members and Topcoder staff, and just have a good time. India, in particular, is home to more than 170,000 Topcoder members, so this particular competition round will undoubtedly be an exciting event with lots of good energy and creative submissions.”

For more information about the 2015 Topcoder Open in Jaipur, please visit: http://tco15.topcoder.com/regional-events/#/tco15-jaipur-india/

Appirio is a global services company that helps customers innovate and win in the new cloud economy. As the leader in enterprise crowdsourcing, we deliver unmatched customer value by combining the world’s top talent with a unique cloud services platform. Our platform harnesses the power of one of the world’s largest crowdsourcing communities, thousands of ready to deploy assets, and leading cloud, industry, and technical experts to help our customers drive competitive advantage. Appirio is a trusted partner to some of the world’s largest brands, including Cardinal Health, Coca-Cola, eBay, Facebook, Georgia-Pacific, Home Depot, Moen, and Sony Playstation. 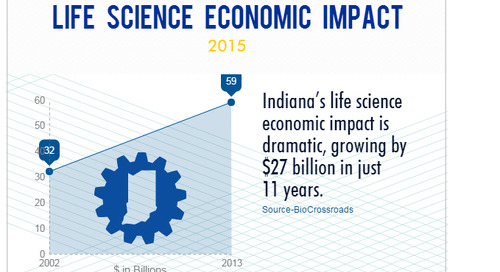 Free agent or full-timer? How to hire the right fit

A look around a typical office won’t show you whether work and workers reside inside a relatively sealed or...