Home » Salesforce » Take It from a Futurist: The Automated Future Is Coming
× Share this Article 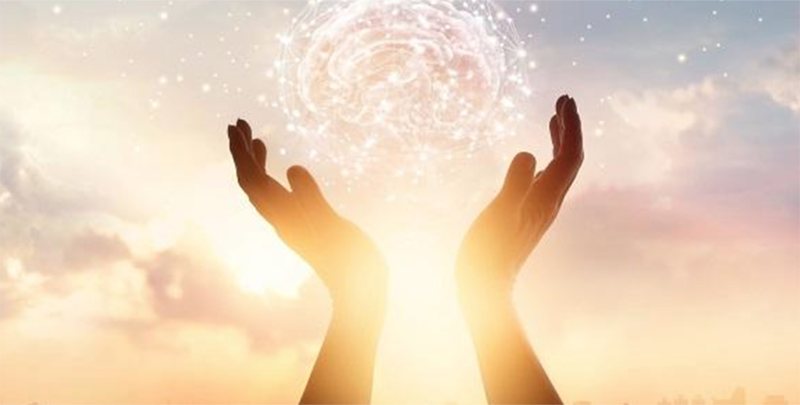 Editor's Note: We ain't even trying to predict the future — that's why we left it up to the futurists.

Employees might brush off the "robot revolution" as the tired theme of the latest action blockbuster — not a movement that's changing work as they know it. But the latter could happen within the next decade, whether or not we're ready for it, according to futurist, author and software entrepreneur Martin Ford.

"AI, machine learning and similar technologies will be like utilities for businesses, almost like electricity," Ford says. "Imagine a business today that failed to use electricity — it would be disastrous. Ultimately, the same will be true for AI and machine learning."

Ford, author of Rise of the Robots: Technology and the Threat of a Jobless Future and The Lights in the Tunnel: Automation, Accelerating Technology and the Economy of the Future, deduces that these technologies will be affordable and accessible to businesses of all sizes, and those that don't adopt them will end up at a competitive disadvantage. Below, Ford walks us through the future workplace driven by automation and shares how HR teams can set employees up for success. Plus, he offers a glimpse at the HR department in the not-so-distant future.

The New Normal in the Workplace
When certain tasks become automated, consolidation of the workplace is inevitable, Ford says. The roles that remain will now require talents that are hardest to automate — thinking outside the box, generating new ideas and having personal interactions, for example. Jobs will be lost among the people who are not equipped to do those more creative or human interaction-oriented tasks.

More algorithms and big-data approaches at play could also eliminate middle-manager roles. Algorithmic decision-making can replace the judgement calls a human worker once made for a company. Technologies like Google Duplex — an AI system that sounds just like a human being — could even replace roles like phone-based customer service.

But on the bright side, there will still be roles for people who can work with this technology and the data it generates … to do something the algorithms can't. The McKinsey Global Institute also found that there will be a 50 percent increase in the time spent using "advanced technological skills" at work.

Still, this signals that organizations will have fewer employees, Ford says, which means organizations will also need fewer managers. In fact, Ford sees a future where "office environments look entirely different." He adds, "Top managers don't need so many layers between them and the bottom rungs of the organization if algorithms can directly execute tasks. It has the potential to have quite a big impact."

This shrinking of the workforce means two key things for HR departments: It's up to them to give employees a path to transition away from mundane tasks and tap into their creative skill set so that companies can retain talent, and to humanely lay off workers when needed, providing them with helpful job search resources, if possible.

"If businesses adjust to the future and these technologies on behalf of everyone in their organization and don't create too much inequality, it can be a great future and people will be better off," Ford says. "But if they pretend it's not happening, a lot of people could be left behind, and that will be a big problem."

The HR Department Isn't Exempt from Change
In addition to managing the impact that technology advances will have on departments across the organization, HR teams have to embrace automation within their own ranks. No one will be immune to change, and HR professionals will too have to transition to tasks that technology can't do (yet).

For example, artificial intelligence is already used to review resumes and identify the most promising job candidates, and there are tools capable of evaluating employees, tracking performance and suggesting promotions.

The next wave of technology to be used by HR departments—detectable badges and sensors that track employees' movements throughout the workday—is, Ford admits, a bit dystopian and controversial. Still, the monitoring technology actually generates practical data for HR pros on individuals' performance, productivity, and how they spend their time. According to Ford, technologies like these are inevitable as HR tasks become more algorithmic. But, "it's important for HR departments to [implement them] in a humane, humanistic way, as opposed to an oppressive way," he says.

When automation is done at this deep of a level, the HR jobs left for humans will focus on building relationships with employees. And though that means fewer roles, it might not be such a bad thing for the industry. Like many other fields, "the opportunities will be for the very best people who have highest skill sets," Ford says." There will be an advantage for people who are in the job because they truly enjoy it and are passionate about it."

HR pros will need that passion as they ask themselves the tough questions about moving their organization forward: What roles will still be there in the future, and how can we transition people into those roles? Can we retrain everyone? Who will be left behind? "That's the point at which it becomes a broader question for society, not just for businesses," Ford says.
Originally featured on Cornerstone ReWork.

Do you want to learn more about the Future of HR and how Appirio can improve your organization’s Worker Experience? Check out our blogs at the Appirio Hub. Or if you’re attending Dreamforce 2018, stop by our booth for a quick conversation! 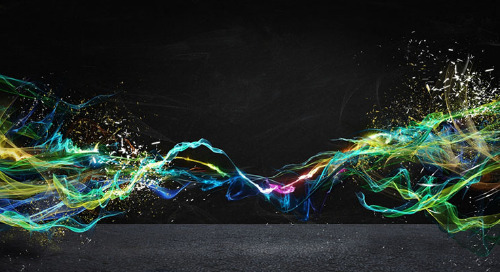 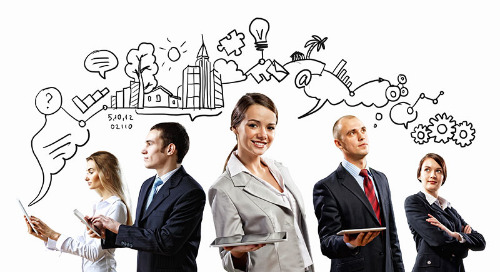 Orchestration may sound new to you, but if you are a Salesforce user, it’s time to dive deep into orchestra... 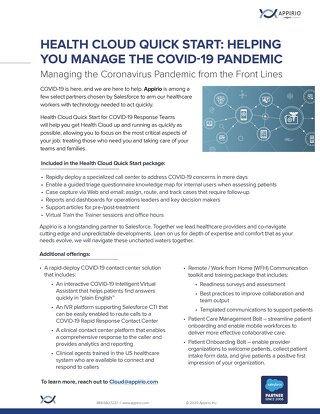 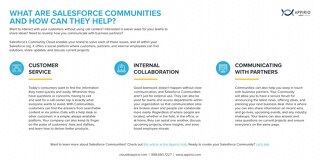 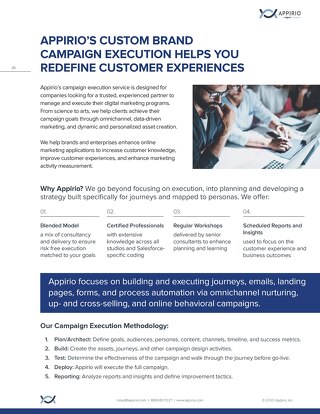 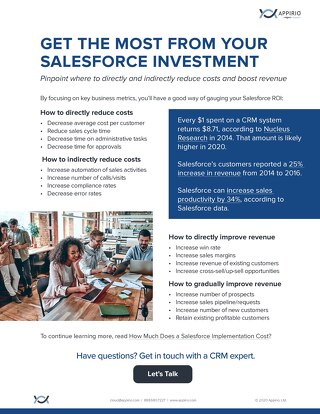 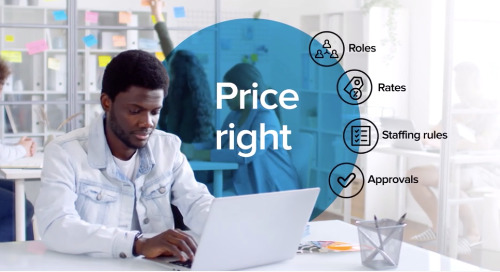 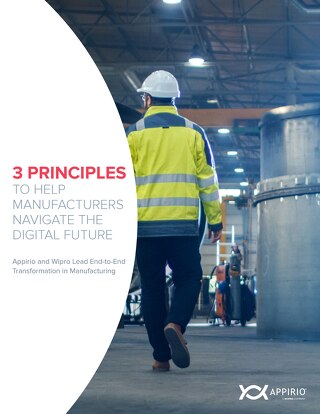 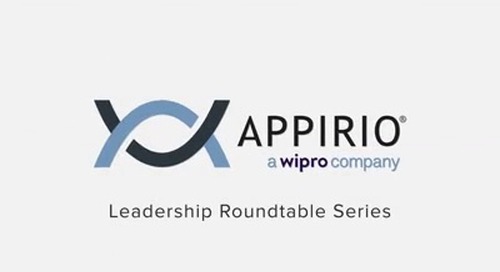 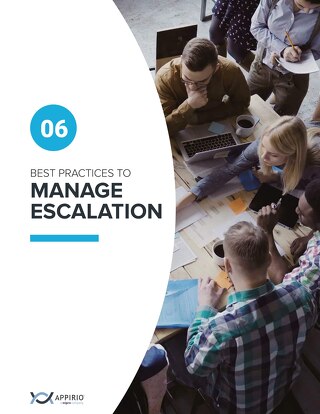 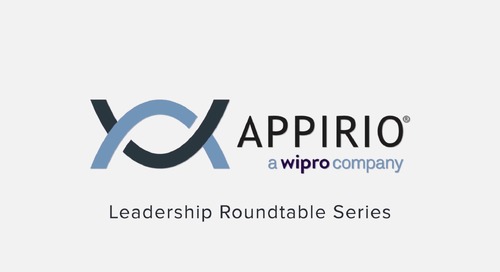 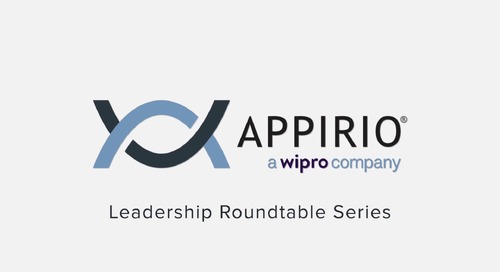 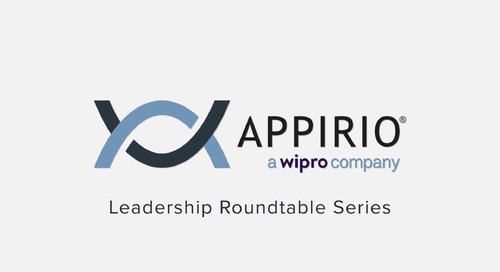 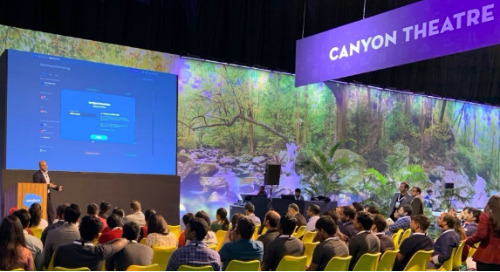