An approval process is used in Salesforce to initiate one or more collaborative business processes on a Salesforce record. It is very handy to choreograph the transition of the record between various stages, with specific individuals initiating the transition. An example of a standard approval process is an Opportunity that goes from a prospective sale to a fulfilled sale, with various users at different hierarchical levels approving or rejecting the transfer of the Opportunity between the stages.

A business process has one or more steps and each step usually has an approver (a user who has to approve or reject that step). The standard approach is to set the approver as the manager (in the standard manager field or a custom hierarchical relationship field) of either the user who submits the approval request or the owner of the record.

With this approach, the approvers are preselected to some extent. They are not related in any way to any aspect of the record going through the approval aside from being related to the owner or the submitter of the record. And at each step, only one approver (and perhaps their delegated backup) is involved. In many business cases, this approach is much too limiting.

Consider a business process involving a commercial real estate firm. Say a sales representative creates the Opportunity for the sale of space and submits for approval. Then his manager could handle the first stage of approval and the manager’s supervisor could handle the second stage of approval, with the executive above her handling the final approval. The sales representative, manager, supervisor, and executive are all users and the hierarchical relationships are set up at the beginning.

Meanwhile, Jeff the representative sells large spaces with his own hierarchy of approvers, whereas this isn’t possible for Larry. He can’t sell large spaces since Moe is his manager and Moe may only handle small spaces. And even if Moe could handle both, his supervisor Cheryl may not be able to, and on.

Technically, we can get around this by replicating the business process with a separate hierarchical field, but this is clearly counterproductive and won’t scale when the variations start adding up.  Also, if we wanted a team of people, any one of whom (or all of whom) can approve at a particular step, we run into a roadblock.

For any reasonably complex business process, we would need a system where:

How can we achieve both?

Fortunately, Salesforce provides an option to automatically assign one or more approvers at each step of the approval process.

Beyond allowing multiple approvers, the key capability is the Related User option. This lists any User Lookup field on the object involved in the approval. We can define one or more Lookup(User) approver custom fields on the object. This allows us to move away from the dependency on manager fields for the submitter or the record owner. But these fields have to dynamically change values at each step so there can be different approvers. This can be achieved with a before update trigger. The trigger code can rely on any aspect of the record and perhaps even a separate approval routing table to drive the whole process. Let’s look at an example.

Opportunities for small and large spaces go through the same business process involving a 3-step approval:

At each step, a separate committee is assigned to approval or rejection. Each committee can have up to 3 members. To solve this problem:

[snippet caption=”Trigger to auto set approvers based on routes”]

// Capture every transition for approval routing (even rejections)

The salient points to note in the code are:

With this setup in place, we are able to share the same business process for both small and large spaces with different or shared approvers configured entirely outside of hierarchical relationships with the submitter or the owner of the Opportunity. The approval process is also routed dynamically based on the current state of the Opportunity to multiple users.

To learn more about dynamic approval routing, get in touch with a Salesforce technology expert. 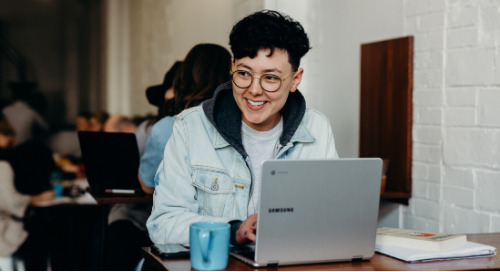 Chrome Extensions Every Salesforce Developer Should Have

By Urminder Singh Salesforce Live Agent allows your organization to connect with your customers or visitors...